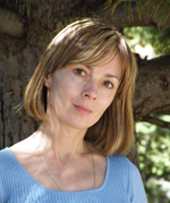 English - translate and can speak.

Kyrgyz and French - translate with dictionary

In February 2010, I studied the work of the Swiss database HydroPro.

From January to May 2012, I completed the international training course of the project “Water and Adaptation Interventions in Central and West Asian” (R-programming and WEAP).

Took part in “Integrated Management of Water Resources of the Chu-Talas basin”;

“Water and Adaptation Interventions in Central and West Asian”.