The Central Asian Institute for Applied Geosciences (CAIAG) was established in 2002 on the basis of a Cooperative agreement between the Government of the Kyrgyz Republic and the German Research Centre for Geosciences (GFZ) in Potsdam, Germany. Since 2004, the legal form of the CAIAG has been a Public Foundation under the Government of the Kyrgyz Republic in accordance with the law "On Non-Profit Organizations".

The management of the CAIAG is carried out by a bilateral directorate (co-director from the Kyrgyz side B. Moldabekov and from the German side O. Bens). The supreme governing body of the CAIAG is the Founders' Council, which is chaired by the Chairman of the Cabinet of Ministers of the Kyrgyz Republic. The Bilateral Supervisory Board (Chairman – N. Hovius, GFZ) monitors the activities of the fund. The International Advisory Commission makes recommendations to the Supervisory Board and the Directorate of Scientific Affairs. The Academic Council is also one of the governing bodies of the Institute, it consists of the leading scientists of the Institute, considers the implementation of scientific works and hears reports on the scientific results of departments. 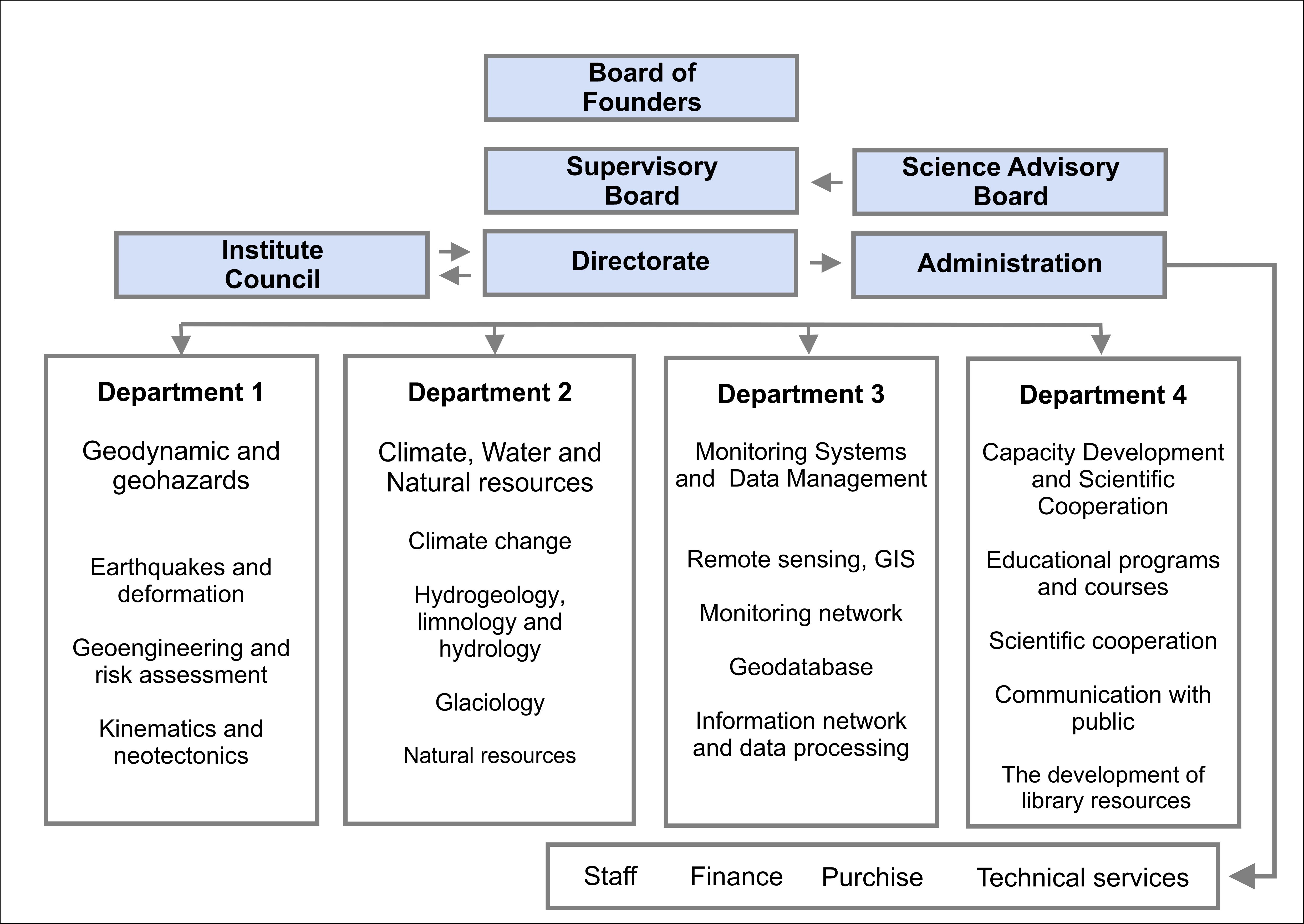