Based on initial space-geodetic and geological field activities of German and Central Asian geo- scientists in the Tien Shan - Pamir region in the l990s, scientists of the German Geo- Research Center (GFZ) in Potsdam and of the Kyrgyz Ministry of Emergency Situations (MES) developed the conceptual idea for the establishment of a co- operative geo-scientific research institute in the Central Asian region.

This conceptual idea was part of discussions taking place on the occasion of a visit of the former Kyrgyz president Akaiev in Germany and in the GFZ Potsdam in autumn 1999. As a result of this event a writing team composed of scientists from MES, GFZ and the Center for International Development and Environmental Research (ZEU) in Giessen finalized until October 2000 a concept paper on the establishment of a “Central Asian Institute for Applied Geosciences” (CAIAG). This document was the basis for a great number of discussions and negotiations between representatives of the Kyrgyz government and the German institutions in the years 2001 and 2002, with the result that in October 2002 a co-operation agreement could be concluded between the Kyrgyz government and the GFZ Potsdam, signed by the ex- prime minister Tanaev for the Kyrgyz side and the executive board members Emmermann and Raiser for the GFZ partner. In November 2002 B. Moldobekov and C. Reigber were nominated as first co- directors by the co-operation partners, tasked to push on the build-up of the planned institute.

As requested by the co-operation agreement a Steering Committee was installed, composed of 5 experts from each side. This committee met 4 times in the period 2002 to 2004 and agreed finally- starting from the initial considerations in the concept document- on the basic structure of the institute, the main directions of future work and provided first deliberations on the institute´s staffing and grading of salaries. In November 2003 the finally agreed charter of the institute was signed.

In the timeframe April, 2003 to March, 2004 intensive negotiations between the legal entities of the Kyrgyz government and the GFZ Potsdam took place about the legal status of the new institute. It was finally agreed that CAIAG should hold the status of an independent non- profit organization (Fund of the Government of Kyrgyzstan). With this and the final agreement of the Kyrgyz Ministry of Finance on the base funding of the institute, the CAIAG Foundation Treaty could be signed in April 2004 by the Prime Minister of the Kyrgyz republic and the Executive Board of the GFZ. Shortly after, in May 2004, CAIAG´s foundation was registered by the Ministry of Justice of the Kyrgyz republic.

During 2002/2003 a number of unused buildings were offered by the Kyrgyz government as possible accommodation facilities for the CAIAG institute. After careful evaluation of the different facilities, a former state institute building in the Timur Frunse street 73 (picture 1) in the peripheral region of Bishkek was chosen as best option for the needs of the new institute and also in terms of required costs for the repair of the buildings. This building complex was leased by the Kyrgyz government to CAIAG for a period of 49 years. Shortly after the registration of the CAIAG foundation by the ministry of justice and the appraisal of bids which were received for the renovation activities, the renovation works of the CAIAG building started in July 2004 by the contracted Kyrgyz construction company NEMAN. A year later the renovation works were finished and on June 16, 2005 the renovated Building 1 was handed over to the CAIAG management (picture 2). 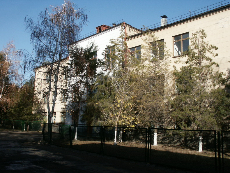 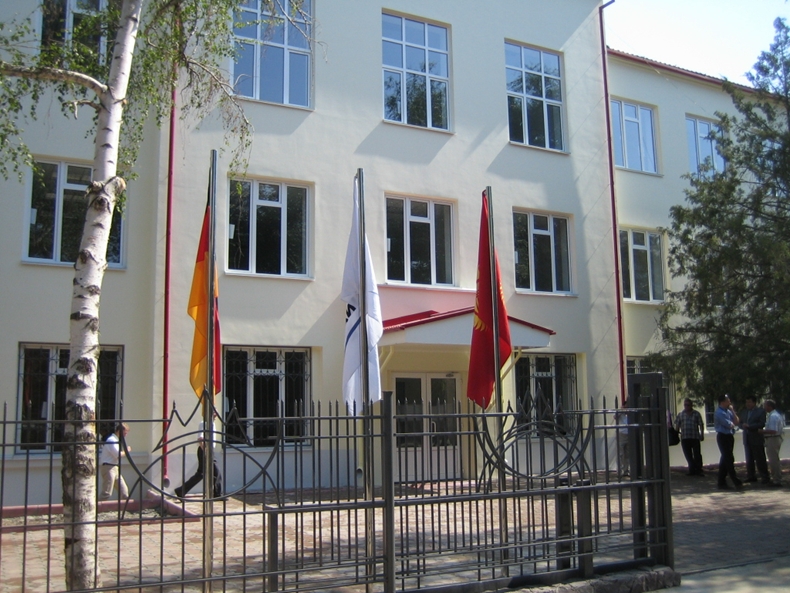 From July 2005 onwards the first employees for the management department were hired for the facility management and for handling the procurement of office furniture and technical equipment, and in the beginning of 2006 the first staff members for the scientific departments could be placed on short- term contracts. Finally, the CAIAG institute was inaugurated on August 21, 2006 by representatives of the founders, the former Prime Minister of the Kyrgyz Republic F. Kulov, and the GFZ Executive Board member B. Raiser.