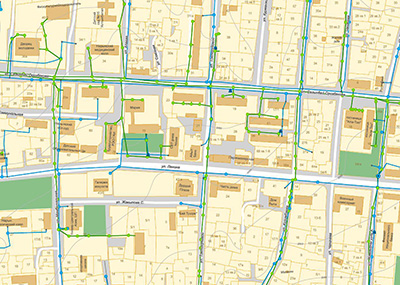 The GIS Narynvodokanal system was developed within the framework of the project “Rehabilitation and expansion of water supply and sewer networks, as well as checking for the detection of water leaks” funded by the European Bank for Development and Reconstruction (EBRD) in the part “Development of a geographic information system (GIS) of the city of Naryn with support for Internet information portal ".

The system is designed to support effective planning and asset management of Narynvodokanal using databases, GIS and Internet technologies.

The system represents a water supply and sewerage network in the form of an interactive map that you can pan, enlarge / reduce, view attribute information about objects, edit both network elements and objects of topographic and cadastral layers, print individual fragments.

The following work was carried out: 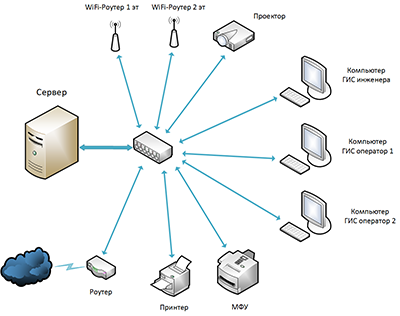 Office equipment was purchased and installed, and a local area network with WiFi support was deployed.