The maps covering the entire country and separately each region were developed and produced within the Development and manufacturing of a series of maps on dangerous natural processes and phenomena in the territory of Kyrgyzstan project.  The maps contain layers on events and objects of dangerous natural and anthropogenic processes and phenomena such as landslides, floods, mudflows, avalanches, rockfalls, burst-out mountain lakes and tailing dams. The topographic layers and backing sheet in the form of satellite image draped with a 3D relief are used as the basic ones. The maps were made in the form of large wall posters. 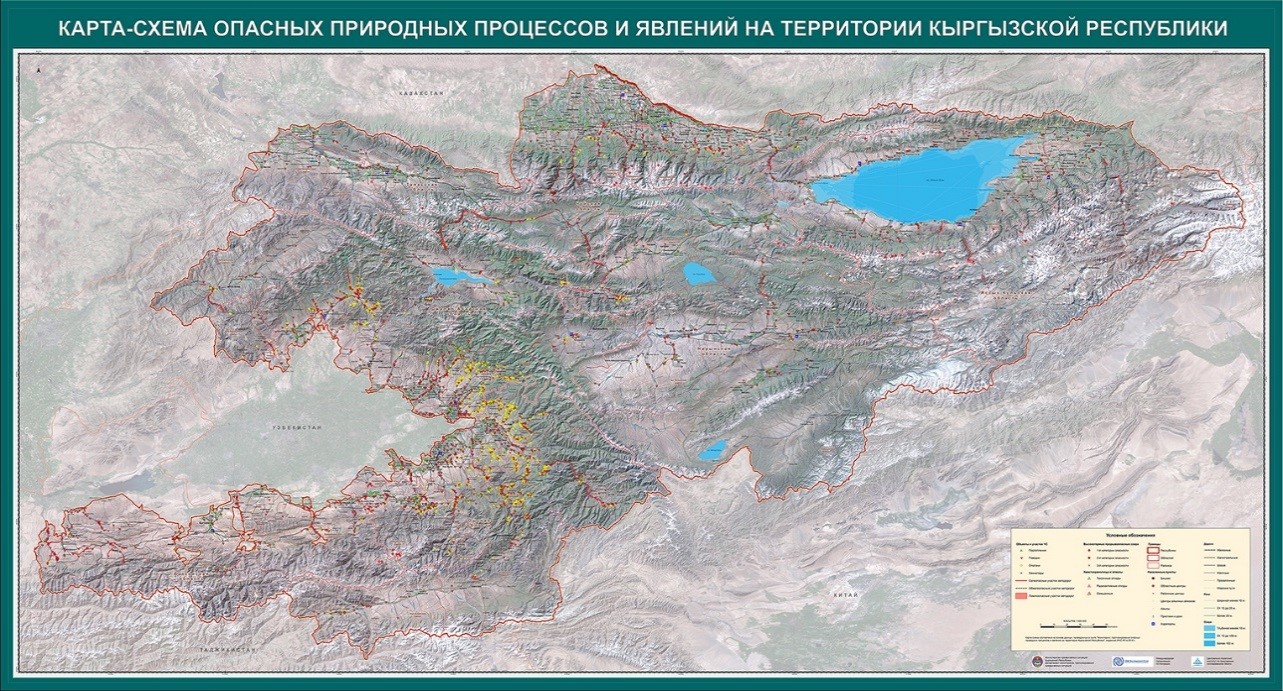 Map of the Kyrgyz Republic with objects and areas of emergencies