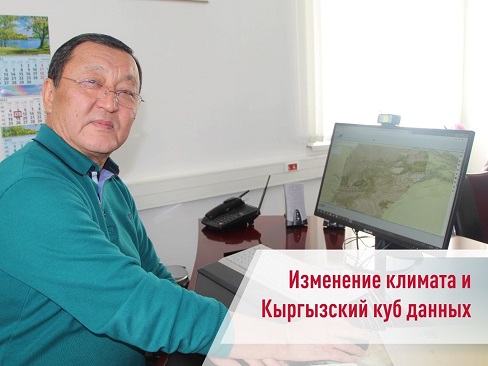 The Kyrgyz Data Cube can be a good source of visual information for tracking climate change trends in Kyrgyzstan. This opinion was expressed by Bolot Moldobekov, co-director of the Central Asian Institute for Applied Geosciences (CAIAG).

The server hardware and software of the Open Data Cube was provided to Kyrgyzstan by a UK partner eOsphere (http://eosphere.co.uk) for free of charge.

The Kyrgyz Data Cube was developed as part of the SIBELIUs project, which is being implemented by the international organization Mercy Corps in Kyrgyzstan with financial support from the UK Space Agency. The server equipment of the Kyrgyz Data Cube was transferred to CAIAG for further maintenance and service at the end of May 2021.

* According to Bolot Moldobekov, since the 2000s, glaciers have been melting more intensively in our republic, and the cycle of low water has been disrupted with climate change. The growing season has also changed, if earlier the melting of glaciers began at the end of May and ended in mid-June, now the glaciers melt until September and the color of the water does not change. The melting of glaciers leads to a decrease in water supplies, drought and desertification. This will be especially noticeable in the arid zone of the country - this is the south of Kyrgyzstan.

In turn, the Central Asian Institute for Applied Geosciences is engaged in scientific research and actively uses satellite images to analyze the state of the environment.

“In 2018, using satellite images, we prepared an updated catalog of glaciers in Kyrgyzstan and Central Asia and handed them over to relevant government agencies. In addition, we shared with Kyrgyzhydromet and the Department of Water Resources the methodology for assessing the forecast of water availability. For example, using satellite images, you can see the accumulation of snow from September to February, and now Kyrgyzhydromet uses them and calculates the amount of snow,” explained Bolot Moldobekov.

Satellite images of the Kyrgyz Data Сube, he said, can and should be widely used by government agencies to analyze the situation throughout the country and make decisions at the highest level. Now we cannot completely move away from the old methods of presenting data, for example, numbers and tables. Although, using satellite images, you can much more clearly show the real picture with changing trends.
At the moment, there is a joint work with foreign colleagues from the SIBELIUs project to improve the Kyrgyz Data Cube so that all interested parties can easily receive and use images from Earth satellites. This data will be provided for free of charge. Bolot Moldobekov and his team are ready to train personnel for government agencies and help adapt the information obtained from satellite images. 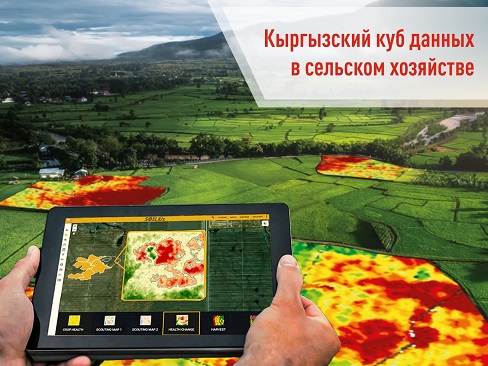 A little background:
The Kyrgyz Data Cube (KDC) was developed by eOsphere with the participation of Mercy Corps Kyrgyzstan as part of the SIBELIUS project, supported by the UK Space Agency (UKSA). It is an open database of satellite images, which can show the state of pastures, snow reserves, temperature of the Earth  and drought. It also contains an archive of such data of Kyrgyzstan for the last 5-10 years.
This technological solution is especially important for our country because more than 60% of the population is engaged in the agricultural sector. Low water levels and drought, which occur because of climate change, lead to a shortage of irrigation water and degradation of pastures.
With the help of satellite images, farmers and pasture users can carry out:
Inventory, recording and control of agricultural land and pastures.
Monitoring of crops (visual assessment of germination and maturity of crops, the condition of the vegetation cover).
Monitoring of unfavorable processes (drought, flooding, etc.).
Monitoring of pasture conditions. By analysis of space images it is possible to judge the productivity of pastures.
Such analysis helps at the state level to plan agricultural works and form policies for their effective use.
The Ministry of Agriculture, Water Resources and Regional Development of the Kyrgyz Republic, the Ministry of Emergency Situations of the Kyrgyz Republic, and other organizations can analyze both the state of land and see various trends and take necessary measures without visiting the sites.
"With the development of information technology, there are many opportunities in agriculture. There is a ready-made visualization map and a person, even without knowledge of geoinformation systems, can easily view them on the website," Nagima Alimbekova, GIS consultant of the SIBELIUS project, shared her opinion.
In the framework of the SIBELIUS project a special manual was developed for the pilot Pasture Committees and training sessions for pasture users on proper interpretation of satellite images are held.

Prepared by https://www.facebook.com/groups/BiznesvselskomhozyaystveKyrgyzstana/permalink/1599208573748736/ and Unison group.