CAIAG handed over scientific literature books to the Asian Innovation College on a gratuitous basis in honor of the International Book Giving Day on February 16, 2021 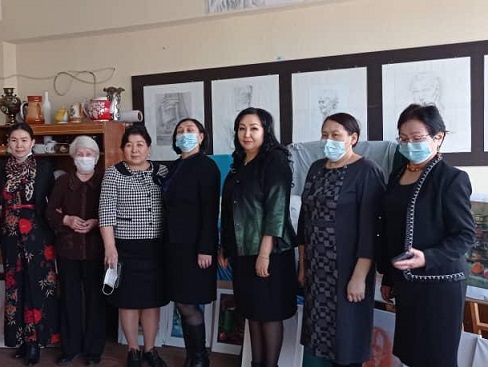 The Asian Innovation College held a solemn event in honor of the International Book Giving Day - a book donation marathon, thanks to which the college library fund was enriched with numerous publications in different languages of the world.

As part of the event, college students made presentations of their work, prepared musical performances and monologues.

The main objective of the event was to popularize reading among students.

Representatives of the State Patent and Technical Library, Republican Library for Children and Youth named after K. Bayalinov, Bishkek's Centralized Library System, Salymbekov Business School and the Central Asian Institute for Applied Geosciences were guests of the event.

It should be noted, that CAIAG handed over 660 scientific literature books to the college.

At the end of the event, the participants-donors were expressed gratitude and were presented with letters of thanks and mementos.