On December 29, 2020 year was held rewarding in the Ministry`s conference-hall, with certificates of merit organized by The Ministry of Culture, Information and Tourism of Kyrgyz Republic with attendance of Minister N. Kadyrbekov. 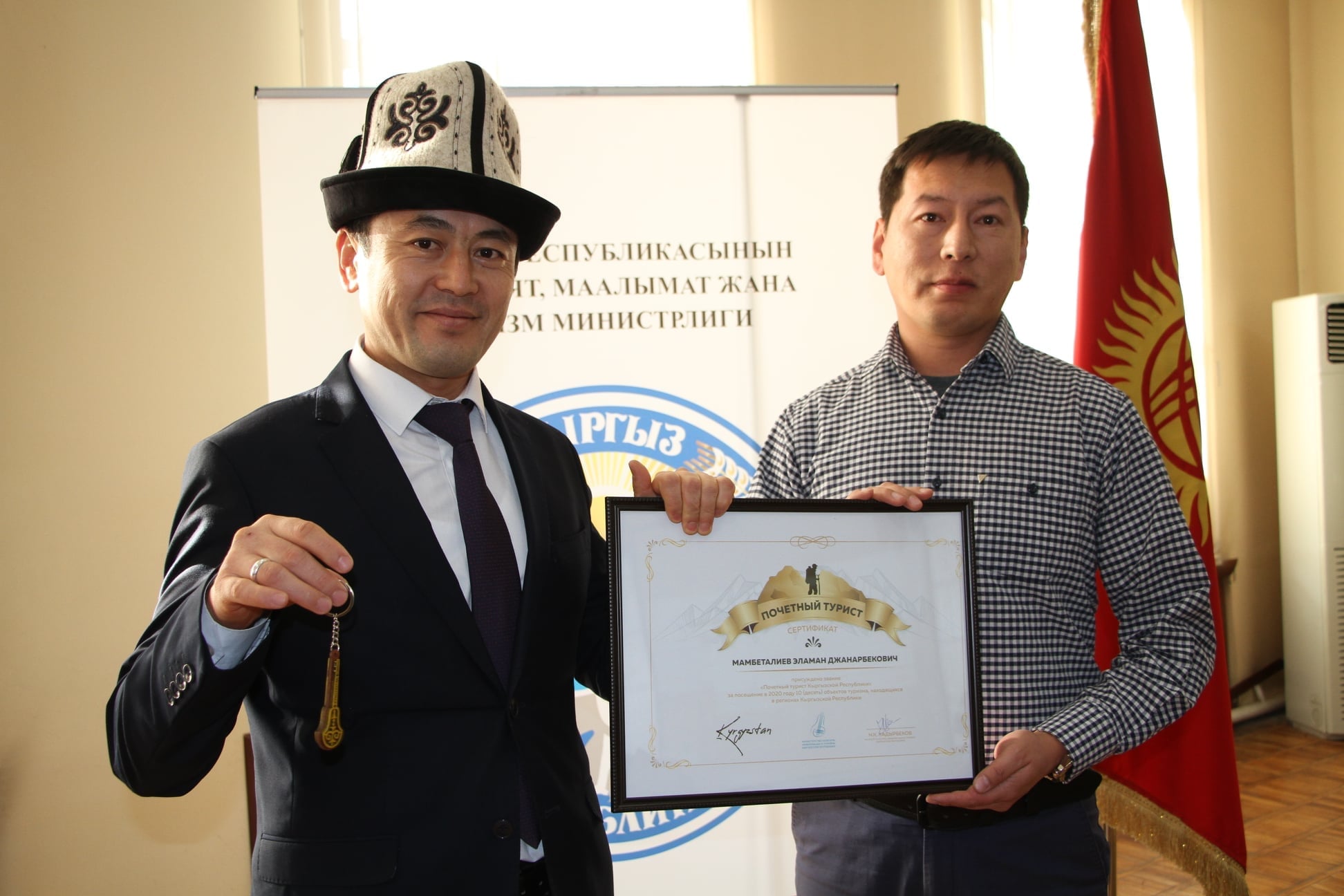 Within the competition requirements advertised by The Ministry of Culture, Information and Tourism (MCIT) of KR certificates “The Honorary Tourist of Kyrgyz Republic” were given to indoor tourists who has visited 10 tourist facilities in Kyrgyz Republic in 2020 year.

It should be recalled that, under the conditions of the 2020 competition, all interested persons had to visit 10 attractions located in various regions of the Kyrgyz Republic, including:

Also according to the requirements of the competition against the background of these historical sites it is necessary to take a photo and send it to the official page of the Tourism Department under the MCIT KR via the social network Facebook.

Prepared by own materials and materials of Tourism Department of KR.