On December 18, 2020 was held the thirteenth session of Scientific Supervisory and Founders Board.

On December 18, 2020 was held 13- session of Scientific Supervisory and Founders Board online in Bishkek and Potsdam. At this session took part members of Supervisory Board as: Ministry of Finance KR, represented by the Minister Beishenaliev Almazbek Beishenalievich; Ministry of Education and Science of KR, represented by Abdyldaev Erlan Bekeshevich; Ambassador of KR in Federal Republic of Germany, Academician of NAS and Chairman of Board of Trustees of the International University of Kyrgyzstan Aydaraliev Asilbek Akmatbekovich, Chairman of Scientific Board of GFZ ,Potsdam; Niels Hovius, Head of Administration Board GFZ, Potsdam Dr. Sh. Schwartz, Ambassador of Germany in Kyrgyz Republic Monica Iversen as well as Chairman of Scientific Advisory Board Martin Helzle who was reported on the outcomes of Scientific Advisory Board session which hold on September 25th .

Members of Founders Board are: acting as Prime Minister of Kyrgyz republic and Minister of Emergency Situations Ajikeev Boobek Ergeshevich from Kyrgyz side, Professor Niels Hovius- Chairman of scientific Board of GFZ,Potsdam and Dr. Sh. Schwartz Head of administration Board of GFZ, Potsdam from German side. 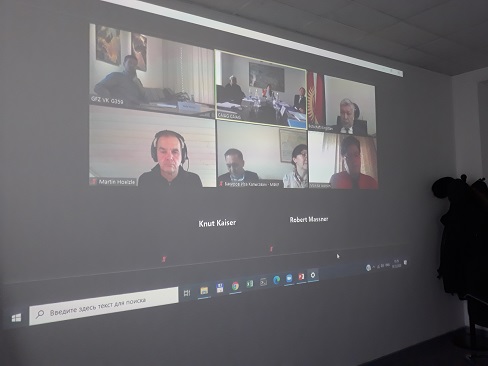 During the session were discussed an activity of CAIAG according to the Research Program (RP) for 2017-2019, a report on the work done for the period.

New candidates were presented to the Scientific Advisory Committee of CAIAG. Announced main issues regarding development of CAIAG and their solutions, in various scientific areas of CAIAG. As a result of the meeting, extensive recommendations were given by the Scientific Supervisory Board and the Board of Founders, as well as advice on further development. 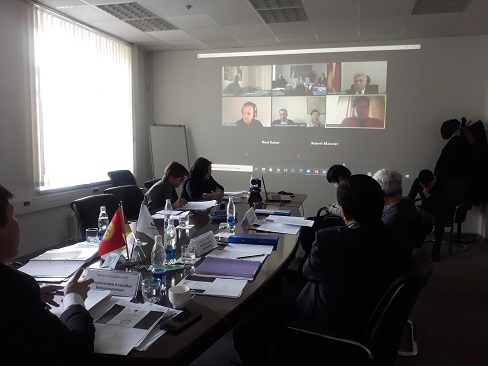 Article prepared by own sources